Last One Down: The Official Beer of Ski Utah | Ski Utah 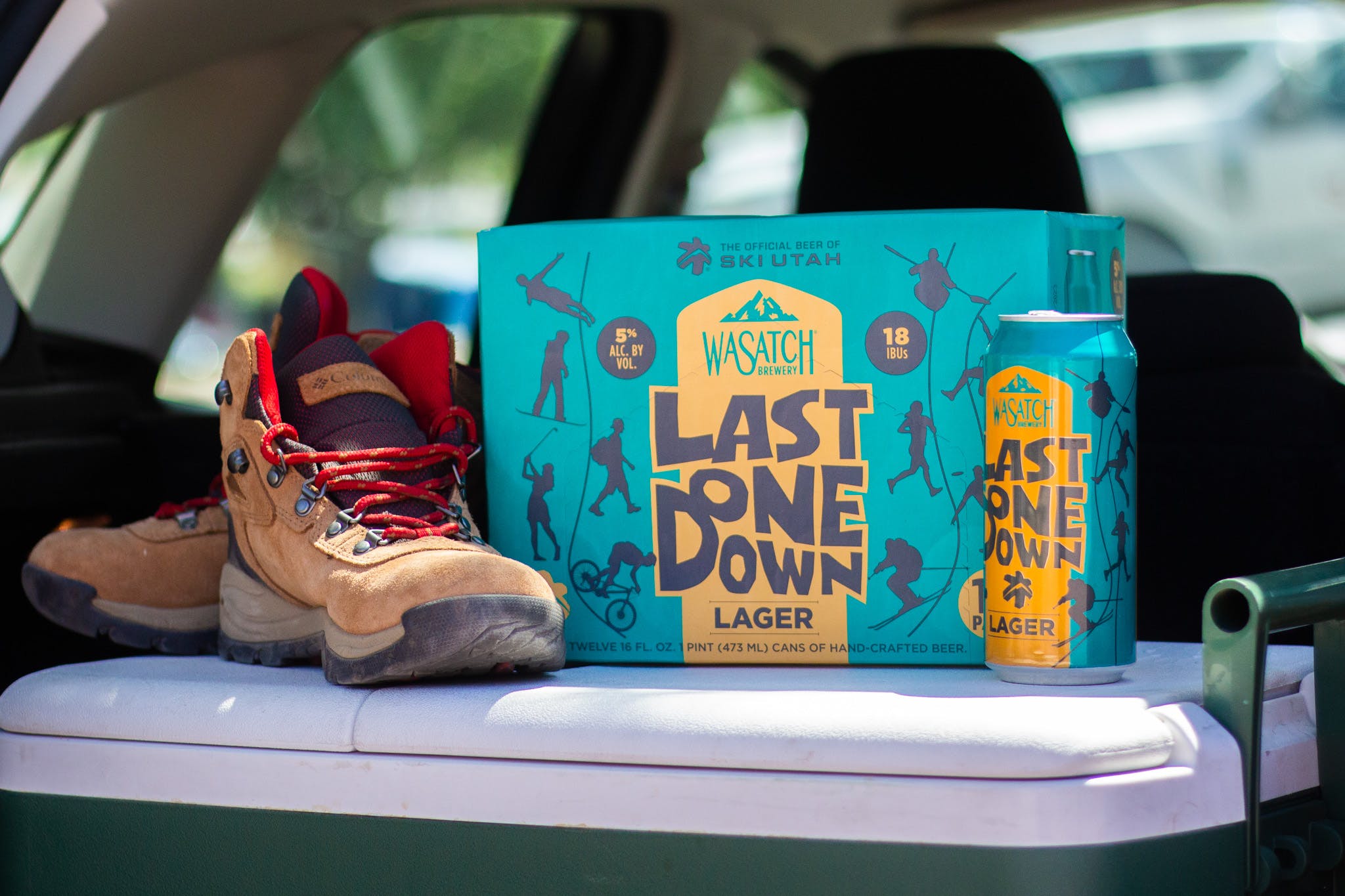 Sliding off the Little Cloud Lift at Snowbird on what would be the last chair of the day, the group of skiers gazes over the 11,000-foot summit into Mineral Basin, makes a 180-degree turn and plunges into the bowl heading for the base…and the beer. “Last one down buys the first round,” yells one of the crew, but for those that know and love these Wasatch Mountains, the range that bisects hundreds of miles in Utah along the western edge of the Rockies, that privilege is priceless.

Last One Down by Wasatch Beers is an all-mountain beer and “The Official Beer of Ski Utah.”  This American Lager was crafted by Park City brewer, Nils Imboden, in alpine surrounds and is intended to conjure the spirit of skiing and other mountain pursuits he grew up with and still regularly enjoys with his friends and family here in The Beehive State. Last One Down is meant to be savored, enjoyed and shared with others.

Similarly, skiing in Utah should also be savored. It’s where your race to the base peters out after the first turn. Light and fluffy powder settles in your wake while gliding down Snowbird’s Regulator Johnson, revealing an azure sky dotted with lazy cumulus puffs settling atop Mount Superior, a massive granite face stained in alpenglow that rises higher and higher as you descend.

Back to all posts